For years, Western dietary habits have been strongly linked with Renal diseases, with the emphasis on fried, fatty and over-processed foods in the typical American diet being directly correlated with the higher than average incidence of kidney disease. A recent study, however, highlighted the connection between Chinese eating habits in Taiwan and its effect on the kidneys. The study focused in on populations with type 2 diabetes and estimated patterns of dietary fatty acid, a key dietary bio-marker related to the kidneys.

The study obtained data from 838 patients with type 2 diabetes and used their renal and dietary information obtained from three consecutive analyses in 2008, 2009 and 2010. the dietary habits of the patients were assessed using different questionnaires related to food and factor analysis was done to look for different dietary patterns and habits. Increased albumin in urine, known as Albuminuria, was defined by the presence of renal dysfunction with eGFR less than 60 mL/min/1.73m2 and ratio of albumin to creatinine ratio less than 30 mg/g. The levels of Erythrocyte fatty acids were only recorded from blood samples collected in 2008 and were not measured later on.

According to this study, three types of diets were discovered: fish/vegetable, high fat-meat and traditional Chinese food-snack. In the proposed model, traditional Chinese food-snack and high-fat diets were not associated with any Renal disease. Moreover, the fish/vegetable meal plan was also inversely associated with Renal dysfunction (quartile 4 vs 1, OR: 0.75, 0.58-0.97), but there was no association found with albumin in urine. Therefore, a much higher fish/vegetable diet factor score was linked and related with much higher levels of n-3 fatty acid.

In Diabetic patients, we found that patients who adhered to a fish/vegetable diet had much better kidney function and greater levels of n-3 fatty acids. The addition of repeated dietary assessments and measurements of dietary bio markers  in future diet-disease studies and research, especially in diabetic patient populations, may provide more accurate and precise risk evaluation.

People can benefit from healthier diets and a regimen of dietary supplements to keep their kidneys and overall health in good working order. Check out our own in-house supplement, Kidney Restore for an effective way to achieve and maintain kidney health and wellness. 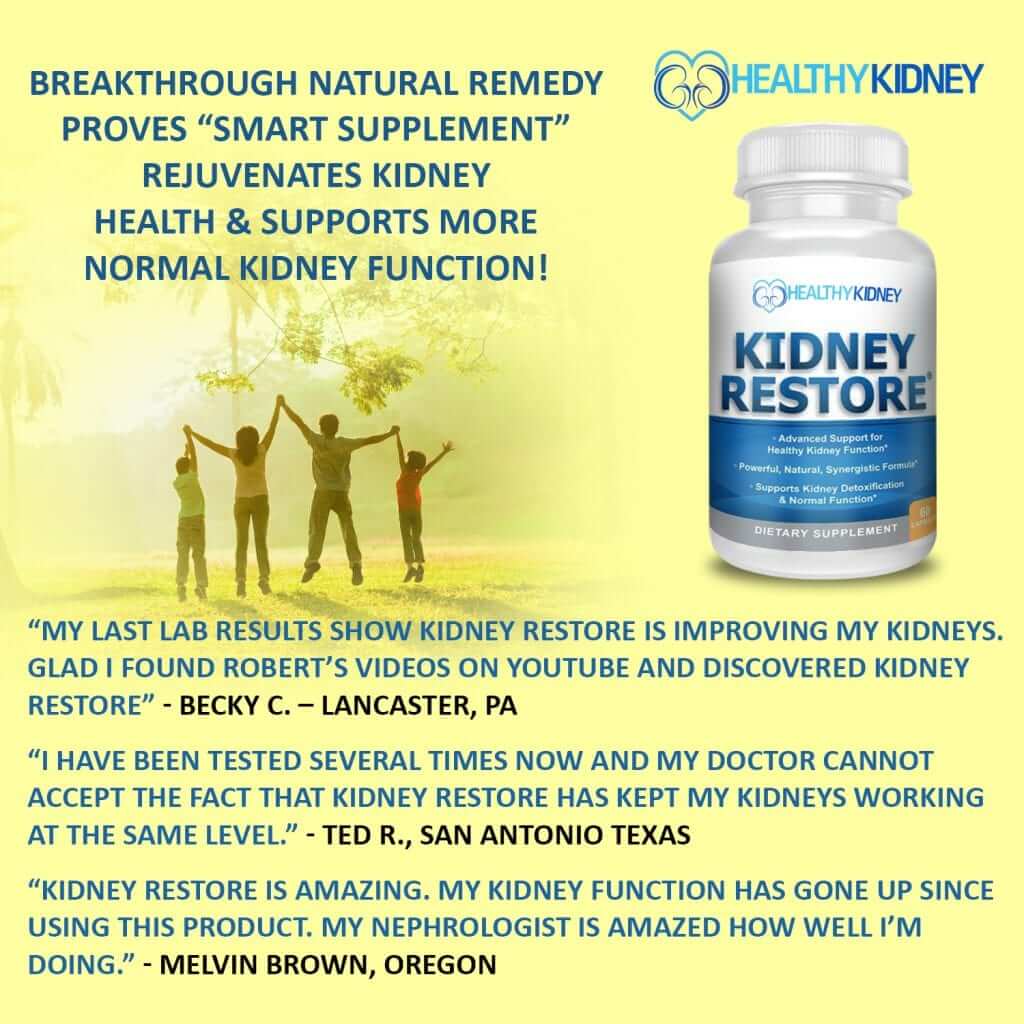